Children want to know a few things:  whose fault is it, what can I do to make this stop, when will we be a family again.

Parents have an obligation to have their children understand these responses:  no matter whose fault it is, it is never, never the child’s fault and there is nothing the children can do to make it better or worse.  It is 100% the parents’ problem and responsibility.

No matter how angry you are at your spouse, you have an obligation to shield your children from your anger and from “the truth” about your spouse.  Children want to be like their parents.  If you teach your children that the other parent is stupid, lazy, mean, cheap, or undesirable in some other way; you are likely planting unconscious seeds of that behavior in your own child.  Think about this, it is one thing for you to have married that rotten so-and-so.  Do you also want to add another one just like that to the world?  I hope not!

As in most parenting choices, focusing on what is good and valuable in a person or a situation will help your children immensely.  So, rather than tell a child that his father had to move out because he is “too stupid to be around us anymore.”  Why not say, “Mommy and Daddy will both be happier and nicer when daddy has his own place to live.”

Just as it would be inappropriate for a married couple to discuss the details of their sex life with their minor child, it is equally wrong for a single or divorcing parent to discuss the details of the divorce with the child.   Discussing with and discussing in front of are identical behaviors.  Just because you are on the phone in the living room and your child is in front of the TV in the family room, does not give you license to discuss your divorce.  Here’s what we know:  if you stand in front of the television and speak directly to your child’s face and say, “put on your shoes, we have to go now,” the child can not hear you.  If you walk out of the room and whisper to a younger sibling that we are about to bake cookies, the first child magically appears at your side, wooden spoon in hand.  The TV in the next room filter does not block out what you are saying about your divorce.

A second reason that we do not speak ill of the other parent is that it will get back to that parent, but twisted into the worst possible thing you could be saying.   Let’s use the example of “Daddy is too stupid to live with us anymore.”  Probably said as a joke, rather than get into the details of what really went wrong in the marriage.  Admirable, right?  Maybe.  But then a week later, Daddy is picking up the kids for visitation, and you are about to have your first night off from being a single mom in a month.   Just as they are getting in the car, your son decides no seatbelt, and Daddy says, “put on your seat belt,” and you say, “Do what your father tells you,” and your son says, “I don’t have to do what you say, Daddy.  You are too stupid.  Mommy even said so, right Mommy?”  And, now you are sending your precious beautiful child into the world with a guardian and protector who has absolutely no authority with your child, and will have your child’s ear all weekend, with self-assigned carte blanche to say things like, “Mommy has gotten so fat lately, she shouldn’t have so many desserts, should she?” 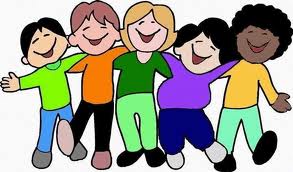 We owe it to our kids to be their parent, not their friend, confidante, co-conspirator, or secret-double-agent-enabler.  Always, but especially during a divorce, they’ll learn more about how to live in society by watching you maintain your decorum and poise than almost any other time in their lives.

What We Love:  Divorce can be a gift – use it as an opportunity to teach your children how one overcomes adversity with grace and style.

One thought on “What do kids want to know about divorce?”