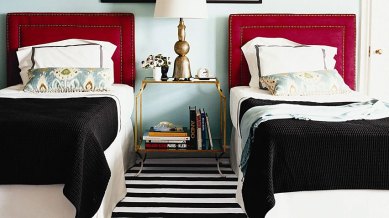 In an ironic twist on the old wives tale that living together before marriage would lead to divorce, there seems to be a growing trend of post-dissolution cohabitation, or – divorce leading to more couples living together after marriage.  Until the economy is on more solid footing, sometimes it just makes fiscal sense to combine incomes and keep one larger home instead of two smaller ones.

Let’s face it – most divorcing couples begin by complaining that they are living together “as roommates,” anyway.  We frequently hear that the romance has gone out of the marriage and one of them has been sleeping on a couch or in a spare bedroom for months, sometimes years.  Instead of being life partners, divorce becomes appealing when spouses feel more like business partners.  Was the mortgage paid on time? Whose turn is it to pay for cleats? Did you buy yourself something frivolous with the end-of-year bonus?

When the person you live with is nothing more than the other half of your bookkeeping team, it can be difficult to feel generous, romantic, or fulfilled.  If that person was never meant as more than your rent-partner, there should be no hard feelings.   But, when that person vowed to love and honor you “ ’til death parts us,” an extra fifty dollars missing from the checkbook takes on a whole new meaning.

And so the new arc of relationships might look something like: friends-lovers-roommates-spouses-lovers-roommates-friends.  With the time a couple spends as spouses representing the top of the curve.   We know the conversation that often progresses paramours from lovers to roommates, “We sleep at my place most nights anyway, why should we keep paying rent for two apartments?”  Maybe the converse conversation, on the other side of the marital peak is, “we never sleep together anyway, and you might as well just stay here instead of us paying two mortgages.”

One of the reasons those old wives gave for how living together could lead to more divorces was the theory that without a proper commitment at the beginning, the living arrangement would always be too casual. The door to the birdcage would always feel open, and therefore once that door closed, the commitment would suddenly feel false.  If post divorce behavior can serve as the mirror image to pre-marital behavior in this example, then maybe once the proverbial door is left permanently ajar, there is more reason to be careful and respectful inside the cage.

One of the double-edged swords of marriage is that it is where we can relax, let our hair down, and be most ourselves.  Unfortunately, sometimes the person we love the most gets the brunt of our unregulated selves.  Too often, the very behaviors we would never tolerate from, or foist upon, a mere roommate feels safe and comfortable with the people we should most cherish.  If that has happened, and the marriage is truly over, then maybe a step backwards – into the less comfortable and more polite behavior – is worth a try.  At least until your finances are a little more secure.

Only you know whether you can draw a clean line, though.   If a post-divorce cohabitation is still too hot (either with hatred, sex, or a combination of the two); maybe go crash on a friend’s couch until you can afford that second mortgage.

What We Love:  As long as you are willing to work together, divorce does not have to lead to bankruptcy. There are more options today than ever before.

2 thoughts on “Cohabitation After Divorce”