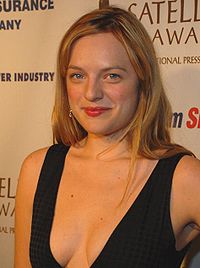 In a court order signed and finalized on May 13, 2011, Fred Armisen and Elisabeth Moss are divorced.  The couple met on the set of SNL in October 2008.  Moss was there with her AMC’s Mad Men co-star Jon Hamm, who was guest hosting. Moss, then 26, appeared in a few sketches for fun.  She and Armisen married a year later in October 2009.

It was Armisen’s second marriage.  He was married to English singer and songwriter Sally Timms from 1998 to 2004.  He has no reported children from either marriage.

Armisen (who is 44 years old) and Moss lived together 8 months before they separated. Four months later Moss filed for divorce and, with little or no fan-fare, they signed a separation agreement, hired two lawyers and got themselves divorced by the court of Los Angeles County.

While both of these actors are successful and well-known, neither is a huge celebrity. Either one could have used this turn of events to create as much media buzz as he or she wanted.  Legal separation and divorce carry temptations for an opportunity to blame your spouse for what “went wrong” or to lobby onlookers to take sides in the split.  Gossip magazines (much like curious friends) are usually willing to devote some time and space to any mud-slinging that divorcing parties may want to do.

Some might argue that a little tantrum and blame-throwing might have helped either actor’s career by bringing extra media attention (under the old adage that any publicity is good publicity, so long as they spell your name right).  Both Moss and Armisen have apparently elected, however, to follow a different path.  The quick and quiet marriage-separation-divorce leaves both parties relatively whole and un-scarred.

This allows both of them to spend less money on attorneys, less energy on unhappy events and all of their focus on moving forward – both professionally and personally.  It is probably smarter for their careers – and lives – that they chose this path.

What we love: Couples who divorce without rancor can become (or remain) friends. Hollywood, like any small town, is a good place to have friends.